Tekky’s humble beginning started with toy manufacturing in a cellar most noted for cold storage of beer and sausages. Business grew rapidly and the foundation was laid to erect the behemoth structure, which then produced the Baron’s “Gaseous Klaus”, “Heinrich the Dancing Bear”, and the ever popular “Fliegen Geister.

Here stands the remains of Tekky Industries outside of Kleinenberg. The structure is rumored to be haunted to this day, and still stands after the great Fliegen Geister (Flying Ghost) incident of 1906.

Amid production of the very popular Fliegen Geister toy something went horribly wrong.

Baron Von Gastwirt was seen standing atop the factory roof’s giant logo shaking his fists at his employees as they fled in terror. The Baron was then immediately struck by lightning thirteen times... before promptly returning to work. 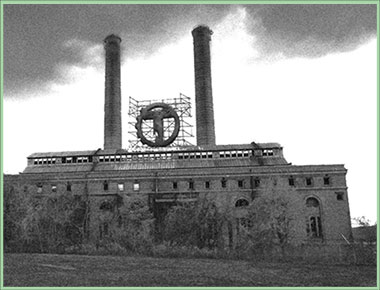 The Baron was said to keep a close personal creative team of never-photographed nocturnal folk who came down from the Carpathian mountains.  They constantly consumed extreme amounts of raw knockwurst, and had a secret office in the building’s attic.

There were rumors of flatulent toys and hulking, animatronic monstrosities that were born of a secret union with partners who hailed from the darkest parts of the mysterious Orient. 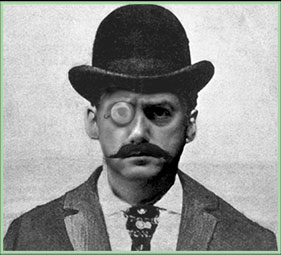 Photo taken in 1908 before the Baron’s arrest for the alleged use of arcane rituals, illegal yodeling, pugilism, and attempted sorcery while in a highly agitated and maniacal state.